Eden Project event for 450 people
​with Jeanni and her team.

Giant canvas captures
Eden projects rippling across the globe
Date: Tuesday, January 30, 2018 - 16:30
Visitors to the Eden Mediterranean Biome are now being greeted by a huge and colourful artwork created by staff and volunteers who work at the project.
The monumental piece represents the home of the famous Biomes near St Austell in Cornwall and six of its growing international projects dotted around the globe.
Every year, the entire Eden team gets together for a two-day programme of updates, collective activities and learning about different roles across the organisation. This year the big task was to create The Bigger Picture out of 450 smaller ones.
The stunning 200 square-foot work is made up of individual canvasses worked on with acrylic paint by members of the team.
They created their mini art works using a print featuring representations of Eden and of Eden-related projects in China, New Zealand, Australia, United Arab Emirates, USA and Northern Ireland.
Remarkably the entire operation was completed over just four hours, from blank canvas to an eye-catching work now gracing a previously blank wall in the Link Building between the Rainforest and Mediterranean Biomes.
The activity was led by inspirational Cornwall-based artist, teacher and gallery owner Jeanni Grant-Nelson, whose artworks and commissions and those of her students can be found in private collections across the world.
Eden’s Chief Executive Gordon Seabright said: “Jeanni is one of the top artists in Cornwall and she has used all her formidable skills to bring the whole team together to produce The Bigger Picture. The spectacular result offers our visitors a joyful picture of Eden’s activity here and around the world.”
Jeanni is creator and director of Visual Awareness Ltd, an art event company which leads and inspires groups to create amazing pieces of art www.visual-awareness.com
She has previously run days with big groups at venues such as the Emirates Stadium, home of Arsenal Football Club, and for organisations such as UK Sport. The Eden picture was her biggest and most ambitious yet.
Before the Eden artists sat down to complete their pictures, they were given a talk by Jeanni in which she described how she teaches art by removing negative fears, habits and assumptions and replaces them with an understanding of the psychology, physiology and physics behind art.
Jeanni said of the completed Eden artwork: “The principle has been to let everyone contribute in their own special and unique way, which means you get the vibrancy and the energy of the group coming together.
“It's a way of showing that everyone's individual input makes such a difference to the overall picture. It has this mass of personalities and ideas in it and it somehow has a life that no other artwork can achieve.”
Jeanni, who runs transformational classes for all ages and abilities, added: “It's been lovely working with the Eden team. It's something I’ve aspired to do over many years. They're amazing, creative, innovative, fun-loving and have a real energy to them.”
A video of the making of The Bigger Picture is available at https://youtu.be/qrqbEodYlzA. 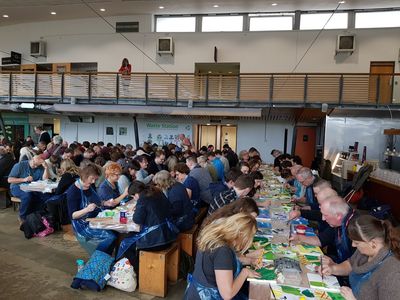 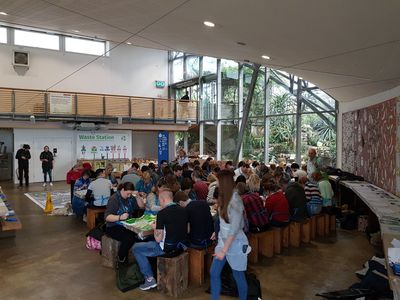 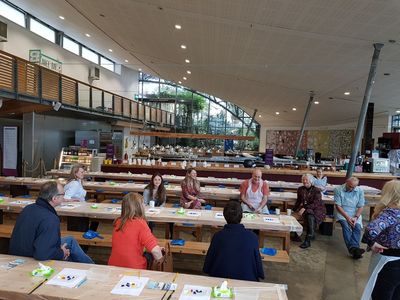 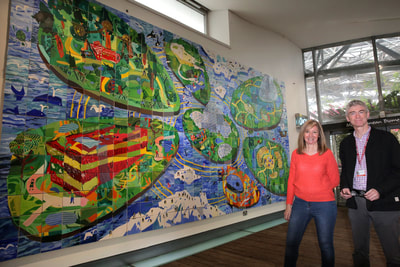 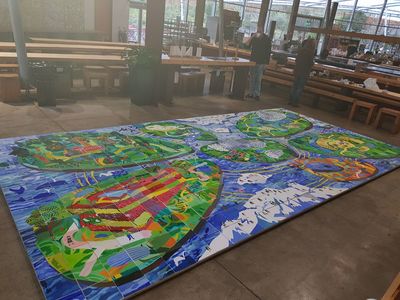 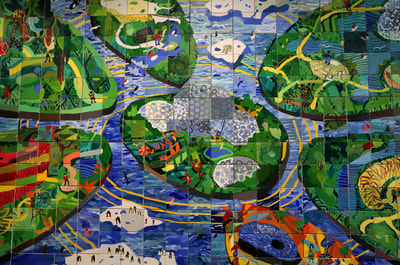 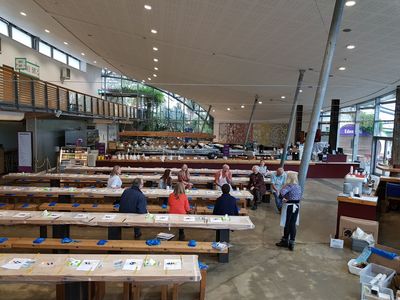 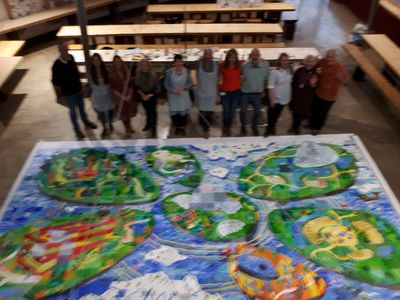